The Best Lake Vacations in the Midwest

Travelzoo Staff
Share This
If "inland sea" strikes you as a contradiction in terms, you clearly haven't met the Great Lakes, where the total shoreline (4,350 miles) dwarfs both U.S. coasts combined (3,458 miles, for those keeping score). And once you factor in the thousands of lakeside beaches, hundreds of stellar trails, dozens of adorable towns, handful of surprising surf spots—and precisely zero creatures that would land you on this list—you may never return to open water. To see for yourself, read on: We've got your vacation game plan for each of the (truly) Great Lakes.

The Great Lake: Huron
Your best base: Mackinac Island, MI

The first thing you’ll notice about Mackinac Island is that everything feels slow and oddly quiet. But if you can't put a finger on why, you've probably never experienced the underlying cause: no cars. Since the 1880s, this National Historic Landmark between Michigan's Upper and Lower Peninsulas has served mostly as summer colony—and still smacks of a bygone era. Think horse-drawn carriages, Victorian architecture and a fudge shop that dates to 1887. (Many other confectioners soon followed, making the island the Fudge Capital of the US and a Taubesian circle of hell.) 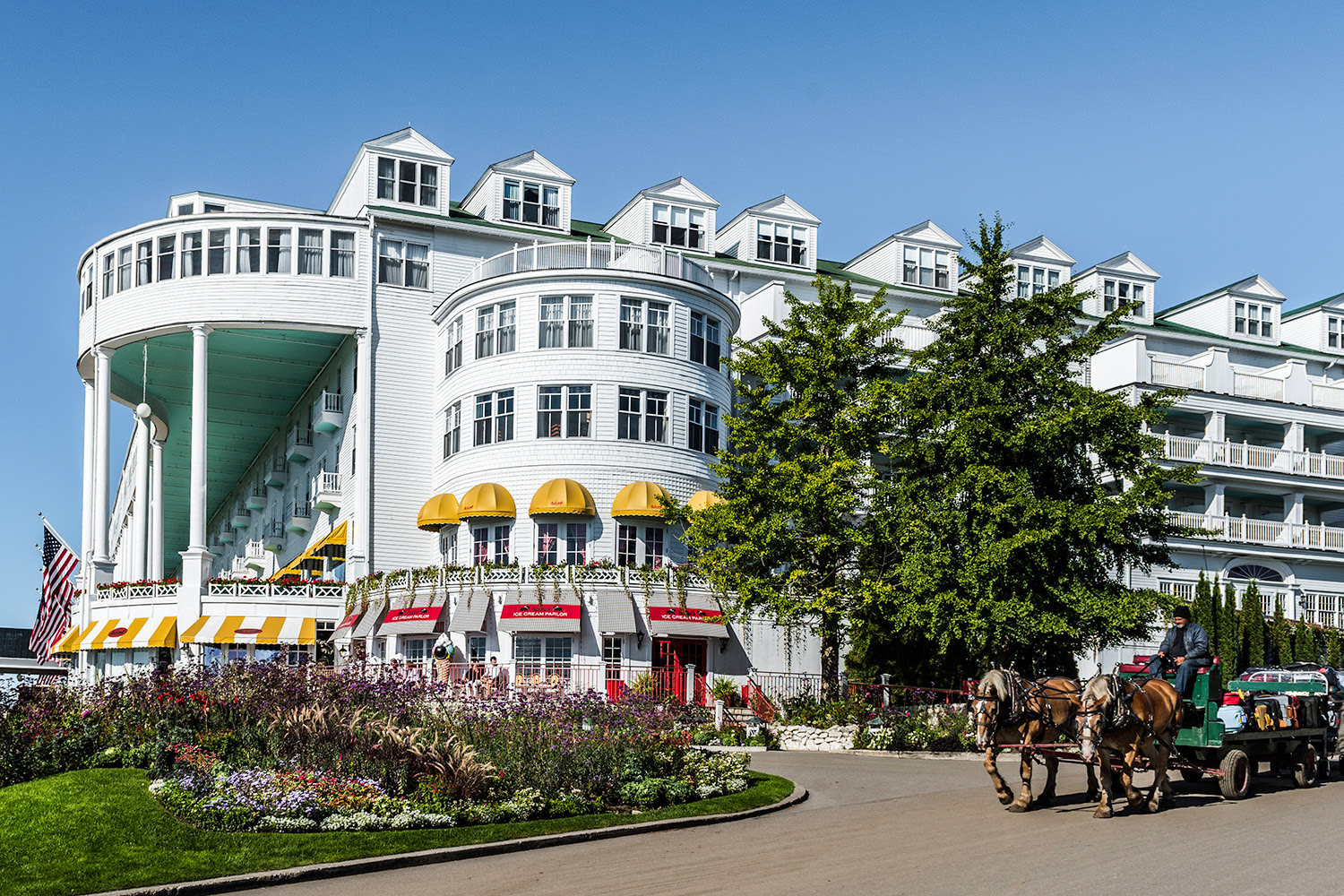 To get around, hop a carriage (seriously, you just call a dispatcher for a horse-drawn taxi), rent a bike or walk—all work well, given that you'll have only four-ish square miles to cover. Picking your destination is the trickier part: On an island that's 80% state park, you'll have no fewer than 70 miles' worth of trails to choose from.

Try the 8.2-mile M-185 ring road, if only because it's the lone state highway to prohibit cars. Along the way, stop at Arch Rock, the towering limestone horseshoe that frames a gorgeous swath of the lake; as well as Fort Mackinac, where (with a bit of planning) you can fire the resident cannon; and British Landing, the first stop for the soldiers who recaptured the fort on behalf of the Crown in the War of 1812. Fast-forwarding several decades, make sure to get to the Grand Hotel. Whether or not you stay in this 1880s beauty—as everyone from JFK to RBG to W has done—don't miss the afternoon tea, complete with bubbly.

The Great Lake: Michigan
Your best base: Door County, WI

Named in the 1850s for Death's Door—the sometimes treacherous strait that connects Lake Michigan and Green Bay—this small peninsular county has since been known by a far less ominous nickname: “the Cape Cod of the Midwest.” And sure, you'll see why (both protrude into vast bodies of water, feel old-school maritime-y and and have cute towns to spare), but you'll also discover that Door County has its own brand of coolness as soon as you scratch the surface—even of the water, which can be so convincingly oceanic, people surf here.

Another point of distinction may be even more surprising—at least until you start seeing road signs for Brussels: Door County is steeped in Belgian heritage. In the mid 1800s, when thousands of Belgians emigrated to the U.S., this little corner of the Great Lakes became the largest settlement. Though a horrific fire swept through the Peninsula the same day as the Great Chicago Fire in 1871, the survivors rebuilt—and you can still see the results in the network of tiny, beautiful roadside chapels, as well as the late summer Kermis festival (complete with cabbage-stuffed pork trippe and fruit-and-cheese Belgian pie) and the programming at the Belgian Heritage Center.

But really, the whole coastline is peppered with worthy stops. Make time for Fish Creek and its mom 'n pops (the Fish Creek Bookshop & Gallery, for one, is a must)—plus the neighboring Peninsula State Park, where you should hike the Eagle Trail to the Niagara Escarpment. Then there's the village of Ephraim, home to the 110-year-old Wilson's Ice Cream Parlor (try the home-brewed root beer) and one of everyone's favorite stays: Eagle Harbor Inn (think b & b meets resort). And  don't miss Washington Island, where, among other things, you'll have the opportunity to eat a lawyer (we dare you to try that on Cape Cod).

The Great Lake: Superior
Your best base: Duluth, MN

If this was the last time you thought about Duluth, well, you could definitely do worse. But the intervening years have seen the city at the westernmost tip of Lake Superior named the best town in America, a travel star on the rise and—just a few months ago—the nation's most climate-proof city.

But it's the surrounding nature that makes the place. And we don't mean just the planet's largest freshwater lake, though there is that, and you'll want to paddle out onto it at least once. (There's more sublime paddling to be had around the nearby Split Rock Lighthouse, the Boundary Waters Canoe Area Wilderness and Lake Superior's only black sand beach—among other spots.)

The mountain biking is equally stellar, especially given the recent addition of the Duluth Traverse: a purpose-built singletrack trail that runs the length of the city and connects to other trails along the way. (Most, but not all, of the Traverse has opened; the rest is projected to be finished this year.)

Once you've worked up a proper thirst on the trails or the water—or even in the aisles of Duluth Pack and Zenith Bookstore—hit the local brewpubs. An excellent starting lineup would be Fitger’s, Bent Paddle, and Canal Park Brewing. You may actually need some liquid courage to tour one of the most iconic spots in town: Glensheen Mansion, the scene of a double-murder that the staff can't discuss (at least not until your tour is over, when you're free to ask whatever you'd like). For something a bit better for your psyche, visit the Great Lakes Aquarium and peek under the lake’s surface, where you’ll find lake sturgeon, river otters, and the curiously named black crappie.

Speaking of lesser known names, we should note that a certain Robert Allen Zimmerman—born in Duluth in 1941—would go on to become the Nobel laureate known as Bob Dylan. To learn more about his local roots, hit the nearly two-mile Bob Dylan Way. And when you're ready to call it a day, peace out at the waterfront, vista-blessed Beacon Point Hotel.

The Great Lake: Erie
Your best base: Sandusky, OH

If you're traveling with kids, or just really like amusement parks, your sprit lake is Erie and your home base is Sandusky. There you'll find one of the nation's largest waterparks at the Kalahari Resort (grownups: hit the new float tanks); yet another at Great Wolf Lodge (four-story tandem tube ride, anyone?) and the million-diversions-in-one Ghostly Manor Thrill Center (try the action-movie-inspired Laser Maze).

But the adrenaline junkie's holy grail is Cedar Point, the self-proclaimed Roller Coaster Capital of the World—with 17 roller coasters among its record-setting 72 rides, and the largest collection on earth of 200-foot-plus coasters. Clearly into superlatives, Cedar Point also gave rise (emphasis on rise) to the first Giga Coaster. When the Millennium Force debuted, it was the first coaster to surpass 300 feet. 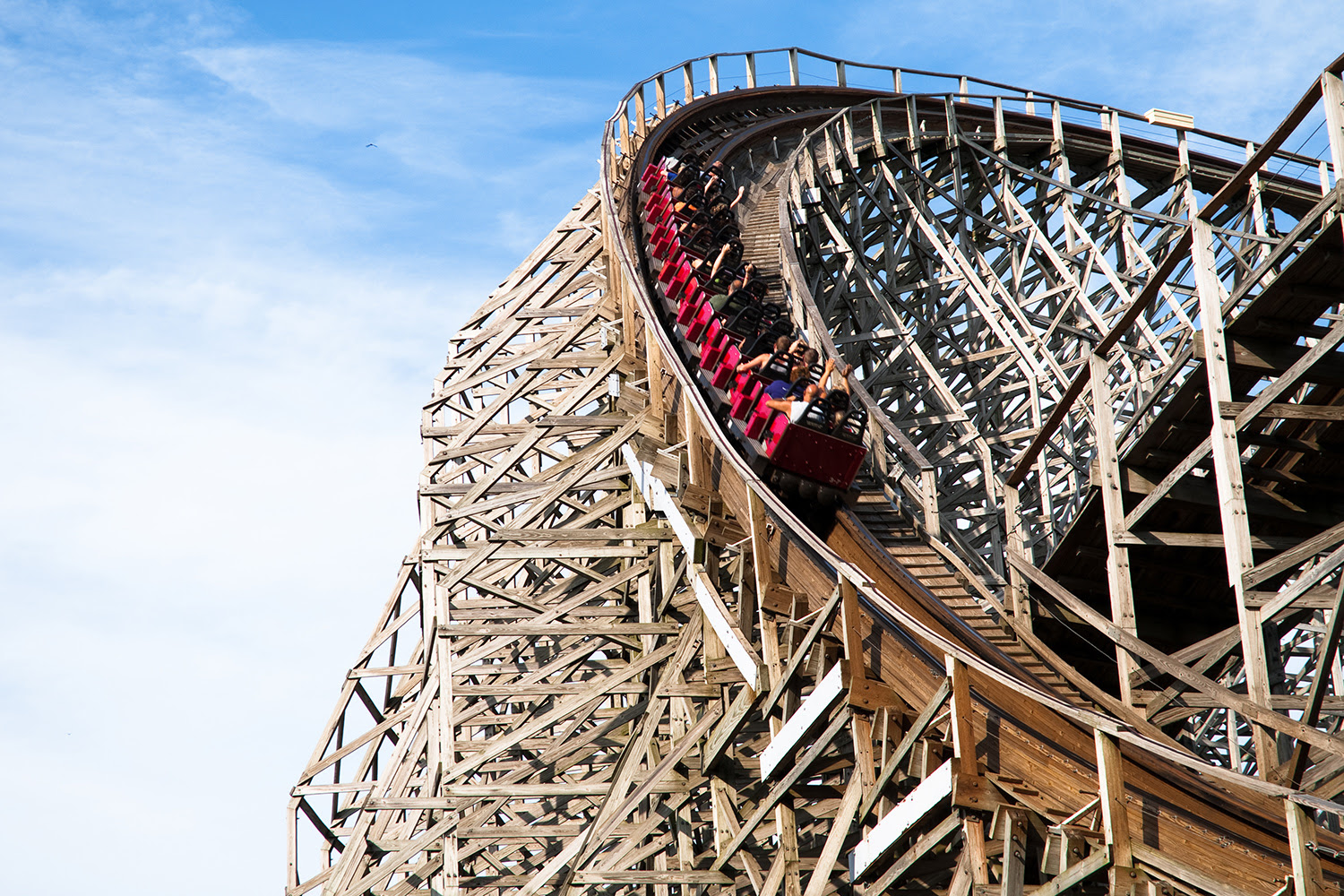 But even the casual coaster fan has reason to go to Cedar Point. This sprawling ode to fun on the shores of Lake Erie is also a piece of living history, with a 150th anniversary coming up in 2020, three carousels listed on the National Register of Historic Places and a number of turn-of-the-century structures still intact—not least, the beachfront Hotel Breakers, where you can join a 114-year-old guest registry. And when you want a more literal taste of old-time Sandusky, head to local favorite Berardi's Family Kitchen for the likes of liver and onions, bratwurst and kraut—and buckeye pie.

The Great Lake: Ontario
Your best base: Oswego, NY

Lake Ontario may be the smallest of the Great Lakes, but what it lacks in square miles it more than makes up for in diversity. Seriously, consider the bookends of New York's 326-mile shoreline: You've got Niagara Falls to one side and The 1000 Islands to the other. And though it's not exactly the halfway point, Oswego is a good home base—especially if you're staying at the Beacon Hotel in the well located Franklin Square Historic District. Equal parts historic maritime hub and college town, Oswego will keep you busy with everything from the H. Lee White Marine Museum (if you're there by early September, tack on the boat tour to the Oswego West Pierhead Lighthouse) to Rudy's Lakeside Drive-In (come for the hot sauce, stay for the sunsets on the beach). 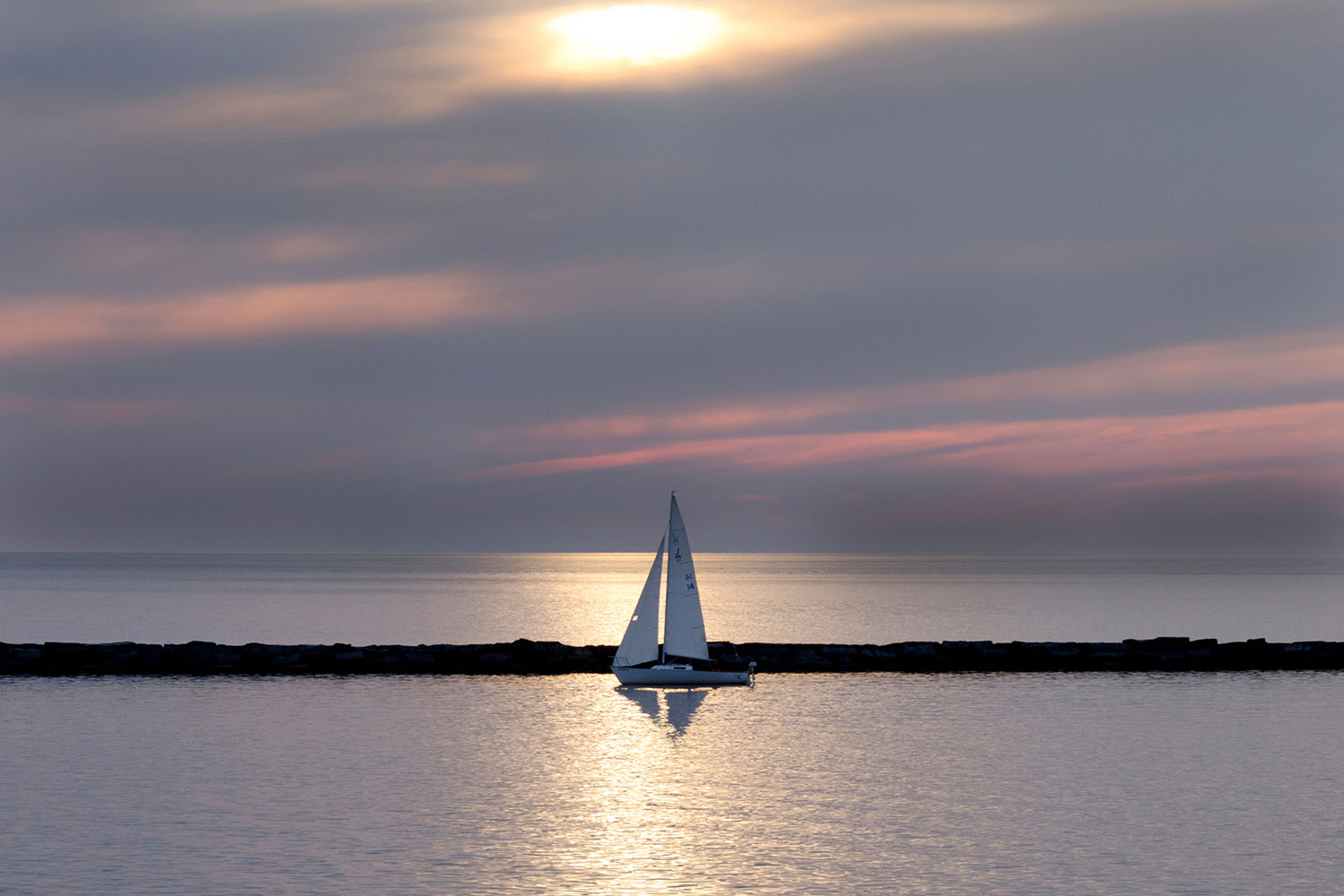 You'll also want to visit the mid-19th-century Fort Ontario, where three earlier fortifications once stood. Among other roles the site has played, it served—on an extremely limited basis—as the only U.S. shelter for Holocaust refugees, and the Safe Haven Museum is commemorating the 75th anniversary of that effort this year.

For some natural soul-soothing, head toward Niagara Falls, and you’ll soon hit the beloved Fair Haven Beach State Park—home to sandy beachfront, wooded hills and all manner of campsite, cabin and cottage. Or head toward the 1000 Islands, and you’ll pass through no fewer than six state parks along the way.